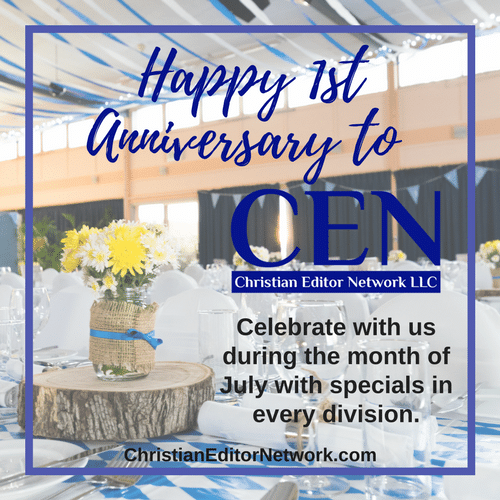 Christian Editor Network LLC is celebrating our first anniversary, and we are glad you are a part of us. What began as a spark in the heart of co-owner Kathy Ide is now a large, professional organization that equips and encourages Christian editors to do what God has given them the talent and the passion to do. Ultimately, we all edit for Him. What a blessing to be a part of a group that loves the Lord and loves the written word. As 1 Corinthians 10:31 says, “Whatever you do, do it all for the glory of God” (NIV). I believe we do just that.

In 2004 The Christian PEN: Proofreaders and Editors Network (the PEN) began as a small group of editors who wanted to support one another. As the group grew, they realized they could benefit by offering a place for authors and editors to connect. Christian Editor Connection was created in 2007 to offer this matchmaking service. Then they realized they could offer education to new and established editors, which began as online courses through the PEN. These organizations grew to several hundred members within ten years.

In 2014, to celebrate the PEN’s ten-year anniversary, the first editors’ conference was held in Southern California and later named PENCON. As these sister organizations continued to grow, the leaders desired to create a parent company to support the growing needs of each division. On July 14, 2016, Christian Editor Network LLC was officially created by co-owners Kathy Ide, Christi McGuire, and Jenne Acevedo. And later in 2016, the education became its own entity, The PEN Institute.

What a wild ride we have had with growth and change since 2004! We are thrilled to have hundreds of members all over the country and even several around the world. Our work in the Christian book industry continues to encourage authors to spread the Good News through their writing.

Join with us as we celebrate one year as CEN LLC. Beginning next week, look for special offers and promotions in every division. And as we begin our second year, help us make CEN even stronger by taking a survey or two. We truly want to hear from you. Would you take a few moments to fill out our survey? Receive a special thank-you offer for its completion.

We appreciate your time and look forward to hearing from you.

We are excited about CEN LLC and hope to reach more Christian editors worldwide as we expand our business in the years ahead. Join us in praying for this season of continued growth and change. Thank you for being a part of us! 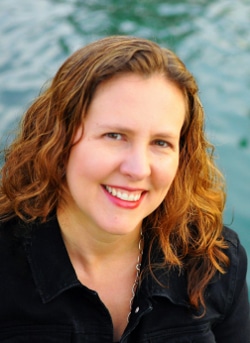 Jenne Acevedo is a freelance editor, writer, and speaker who encourages and assists writers in their journeys to publication. She is a co-owner of Christian Editor Network LLC, the director of The Christian PEN: Proofreaders and Editors Network, the director of PENCON (an annual conference for Christian editors), a member of the Christian Editor Connection, and a member of American Christian Writers Association. Jenne also leads the Chandler Writers’ Group (Arizona), which she started in 2011. Find out more about Jenne at JenneAcevedo.com.