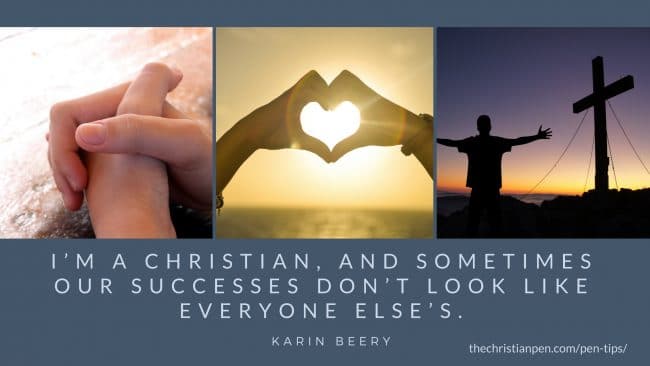 How many books do I have to edit before I’m a successful editor?

Someone asked a similar question at the faculty panel of this year’s PENCON. I don’t know who wrote the question, but I’m pretty sure I know what kind of answer that person was looking for – a per-month average income or a list of client names. Something tangible to share with others to prove that you’re a professional, to prove that you’ve succeeded.

I couldn’t help. Not because I don’t have numbers to share, but because my success story is more than a word count or per-hour rate because I’m more than an editor. I’m a Christian, and sometimes our successes don’t look like everyone else’s.

You see, by the world’s standards I’m quite the failure as an editor. I officially launched my editing business six years ago. I had to learn to edit because I couldn’t afford an editor for my own manuscripts, but I soon realized I was able to help other new writers. After much prayer, I decided to offer my services to them.

I wasn’t surprised when people didn’t hire me; I didn’t have any experience. I asked other editors how they got their first clients, then I did the same thing – I offered discounts, I donated free services to silent auctions and giveaways, I ran holiday specials.

Not one person responded (and those who won my services as giveaways never contacted me). I thought I’d misunderstood God and wanted to quit, but every time I prayed I knew I was supposed to keep going.

Out of desperation, I joined the Christian Editor Connection – I’d already spent thousands of dollars on classes and conferences, what was another $50 plus test fees? I took and passed the substantive fiction editing test, so they put me on their list. In my first month, someone hired me. Finally! A real, full book edit – something I could put on my resume. A client I could use as a reference. I was on my way!

Then … nothing. And the one book I’d edited was never published. In six years I edited two novels. Talk about failure.

But only if you measure success by your list of books published, because during that time God showed me dozens of things about myself that I’d never realized. He revealed and healed hurts, exposed sin, and challenged me to press in to and rely on him more than I ever had before.

I’m glad I didn’t let the world’s definition of success derail me, and I hope you won’t either. God knew what it would take to expose those hidden things in my heart. I could never put a value on the new peace and freedom I enjoy because of the things I’ve experienced throughout my editing career. Stay the course and let God define success for you – his reward will be worth it!

Owner of Write Now Editing and Copywriting Services, Karin Beery specializes in fiction and professional business copy. She is an active member of American Christian Fiction Writers and the American Christian Writers Association. A Christian Proofreaders and Editors Network member, she is the Substantive Editing for Fiction instructor for the PEN Institute. Karin is represented by literary agent Steve Hutson at Word Wise Media. You can connect with her on Facebook, Twitter, Instagram, or at her website,www.karinbeery.com.