Long-Term Planning Must Include Faith 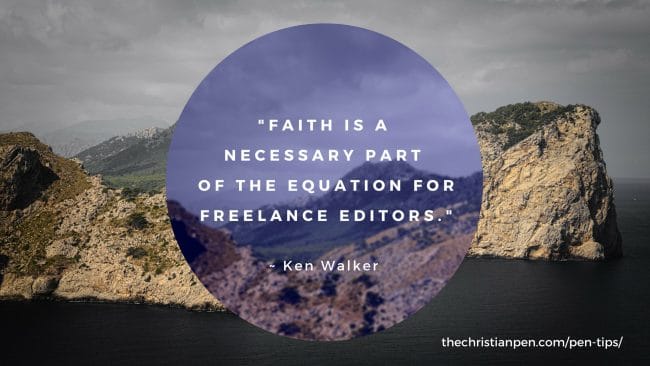 Editors, what would you do if you found yourself unable to work? I found myself staring down the barrel of that possibility last November when a tumble down the stairs left me with what proved to be a moderate concussion.

That resulted in two trips to the emergency room, two visits with a neurologist, and six weeks of concussion therapy. It took six months to fully recover. Yet, ultimately, it also proved to be a huge faith booster, for reasons I’ll discuss in a minute.

For now, let me suggest that if you haven’t started some form of “rainy day” fund, that would be an advisable step. Likely, you can’t afford to fully fund an ongoing income replacement plan that will stretch into eternity. Still, it wouldn’t hurt to have six to 12 months of expenses set aside. If the worst-case scenario happened and you had to draw disability payments from Uncle Sam, it would take a while to actually see those funds.

More than 30 years ago, trying to follow sage advice and have disability income in the event I suffered a career-interrupting mishap, I took a policy out through the same company that issued my life insurance policy. Then the stock market crash of 1987 occurred, wiping out the bulk of my PR business in a matter of months. Both policies quickly vanished; with my income drastically reduced, I simply couldn’t afford them.

I thought of that old disability policy recently while reading an AARP publication that mentioned disability premiums. They were so high that trying to cover them would be a pipe dream for me and many editors reading this.

Which brings me to why my recent accident was a faith booster. I’d had numerous struggles trying to keep up with work, especially in the first few weeks after my mishap. Even after my final visit to the neurologist I battled tiredness.

Then came a text from a coauthor, less than a week after I had finished editing his latest book. His granddaughter had suffered a concussion while working out in the weight room. After six days, her headaches were persisting.

“There was no brain bleed or swelling but not sure why the pain is still there,” my coauthor said. “She was lifting 125 pounds and lost her grip and took a blow to the top of her head.

“You will understand when her sports doctor said concussion therapy may be needed. Prayers needed and appreciated.”

Immediately I replied: “Will indeed pray. Tell her to get the therapy and to do whatever they tell her, and not to be alarmed. These things are brutal and require a lot of rest.”

Just like that, I found myself full of gratitude that I had sustained a concussion, and now could encourage someone else. So, while you should make contingency plans, you literally cannot know everything that lies ahead in life. Faith is a necessary part of the equation for freelance editors.